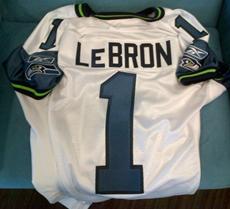 Um this almost leaves me speechless. Yes, I said almost. What in the world?  Now I no Lebron and the rest of the NBA players are not happy that the LockOut is not over yet, but is Lebron thinking about playing football?!?!

Football is such a physical sport and I don't want him getting hurt. I no I am sounding like his mama or some over protective girlfriend, but it would be a tragedy if he couldn't play basketball again because he got hurt playing football. However, at this moment no NBA player is getting paid because of the LockOut and the bottom line is no one wants to NOT have money coming in.

No doubt Lebron would be a great football player and I would watch his football games as I did his basketball games, but Lebron all I am saying is dang the NBA don't have that many GREAT players left. This is when I can hear Lebron saying to me...Well the NBA don't have any players playing at all right now! LOL! Point taken...but hold on don't give up I see the LockOut ending soon...I have faith! 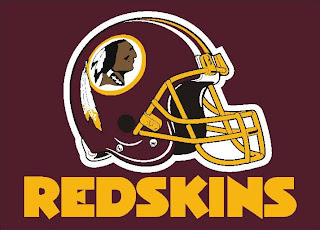 WILL THE REDSKINS BEAT THE EAGLES?!?!
No, the Redskins will not beat the Eagles. This week is basically the last week that the Eagles have to save some kind of face. The Eagles say they must win for their Coach Andy Reid. Hummm...okay, whatever gets them going. This week if they win they will go 2-4. If they loose they will be 1-5. All I am saying is they better win or things are going to go "HAY WIRE" in Philly. "Real Talk"

Since the NBA is on day 105 of the LockOut and we can not see any games, here is a little something to help you get thru this NBA LockOut madness....