Wozniacki Gets Knocked Out By Clijsters, Derrick Rose Drops 22 Points In His Return, Ekaterina Makarova Beats Serena In Straight Sets 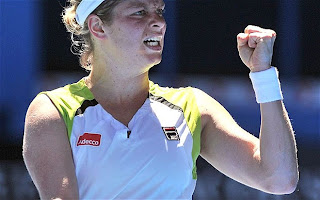 World's number one, Caroline Wozniacki, was on the hunt for her first grand slam title, but Kim Clijsters stopped her dead in her tracks in yesterday's quarter final match. Clijsters ankle injury from her fourth round win over Li Na was no where to be found as she dominated the court with her power moves and force.

Although the defending Australian Open champion Clijsters is ranked number 11, the rankings went out the window as she proved once again that she can beat Wozniacki. Clijsters dominated the first set 6-3 and went on to win the second set 7-6. Wozniacki did give Clijsters a run for her money in the second set as it went to a tie breaker, which Clijsters prevailed winning the tie breaker 7-4 to move on to the semi finals.


Derrick Rose Is Back 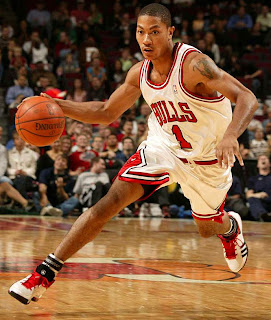 Derrick Rose dropped 22 points in his return to the line up last night against the New Jersey Nets. He has been out for four games straight due to a toe injury. Rip Hamilton also scored 22 points last night to help the Bulls pull off a easy win 110-95.

Derrick Rose hit 2 three pointers in the first quarter and had 14 points putting the Bulls up 28 to 18 going into half time. Rip Hamilton reached a career high of 15,000 points last night. Joakim Noah put up 16 points while Carlos Boozer added 14 and Ronnie Brewer came up with 11.

The Bulls have the best record in the NBA and even tho they have had several of their players out with injuries, the entire team has stepped their game up and are 16-3. The latest Bull player to be out is Luol Deng. He injured his left wrist Saturday night in the game against the Charlotte Bobcats and as of right now his status is day to day. The Bulls have a deep bench and they believe hurt or not they can still win games. 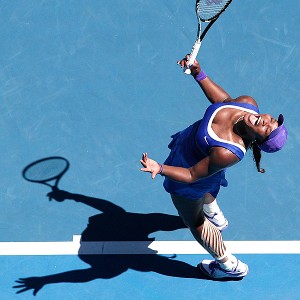 Five time Australian Open champion, Serena Williams, had no answer for Ekaterina Makarova who beat her in straight sets 6-2, 6-3 on January 22, 2012.  Serena had 37 unforced errors and seven double faults. She seemed to not be able to move as freely and as quickly as she is known to do so, which may be due to the fact that she injured her left ankle two weeks ago. However, Serena always the one to have her fashion style popping off even when she is playing horrible, was sporting a beautiful design made out of tape on her left leg.
Posted by AME SPORTS ZONE at 5:56 AM