Hawks Gas Out Lasted The Jazz's 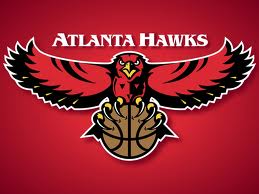 After giving their all in a game that continued to four overtimes, it was amazing that any of the Atlanta Hawks or the Utah Jazz players were even able to walk off the court. The Hawks coming off back to back games beat the Jazz 139-133 all the while adding their name to history, as this was the leagues first fourth overtime game since 1997.

Larry Drew said he knew that Joe Johnson was tired, but Joe wanted to keep playing so he rode him.

However, the Jazz did not go down without a fight. They played hard and long. Al Jefferson put up 28 points, 17 rebounds and Paul Millsap chimed in with 25 points, 13 rebounds of his own.

With the win against the Jazz, the Hawks moved up from 6th to 5th place in the Eastern Conference. They are on a four game winning streak and their record is 30-20.

Josh Smith held his own with 22 points, Jeff Teague had 18 points, and Marvin Williams added 16 points to help the Hawks prevail.